Preussischer Whisky™ Organic Single Malt is made in the German countryside in a slow, handcrafted tradition that produces small batches of single cask bottlings at cask strength. Earthy, bold, and independent, this is a whisky that is not easily compared to others. 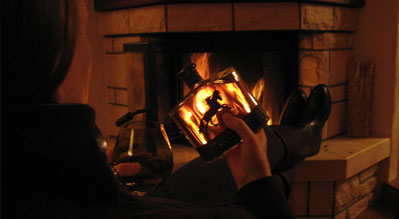 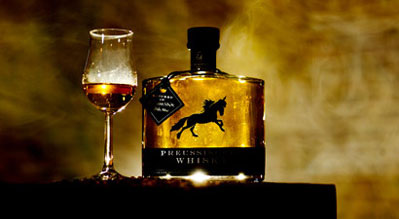 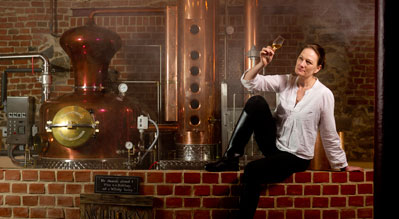 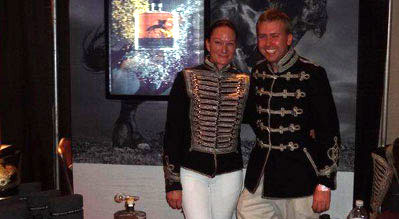 Whisky Fair in NYC in October 2013. "Prussian whisky" introduces itself internationally for the first time. 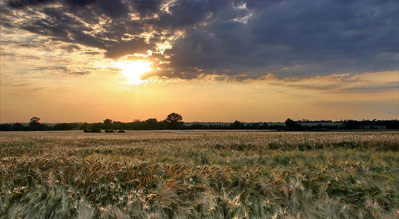 Since February 2013, only organic barley malt has been processed in the Prussian whisky distillery.

The Preussische Whiskydestillerie selects the German’s best barley, which it then sends to Bavaria for malting. This secret blend of roasted and beechwood-smoked malt is ground into grist immediately before mashing to ensure that its rich aroma is captured. We heat clear and fresh local water, mix it with the grist, and transfer it to the mash tuns, where the starch in the barley is turned into sugar, resulting in a liquid called "wort."

Instead of separating the solids from the wort, we ferment the entire mixture for more full-bodied and robust results. Complex flavor is developed during fermentation by the addition of a special yeast. No chemicals or artificial enzymes are added during fermentation—only malt, yeast, and water are used. This process creates a simple alcohol known as “wash.” The draff, or barley, that is left over at this stage of the process is sold to a farm down the road.

The delicate process of distillation uses copper pot stills to separate the alcohol from the wash. Our small 550-liter pot still is a modified still from Southern Germany, whose original use was for the distillation of fruit. Its unique structure allows the whisky to be distilled five or six times instead of the typical two, resulting in fine and distinct flavors and aromas. Each distillation produces three cuts, also known as heads, heart, and tails. Our commitment to making the highest quality organic whisky means we use only the heart throughout the entire distillation process.

The spirit drawn out of the distillation process must be aged for a minimum of three years before it may officially be called whisky. We age our whisky in American white oak and German Spessart oak casks in a simple, ground-level storage room. Its thick stone walls vent to the outside, exposing the whisky to the countryside air. Allowing the whisky to mature in this way instead of in a climate-controlled basement or storage shed requires the whisky to work more intensely as it ages, adding to its earthy and complex flavor.

At the end of the maturation process, when the organic whisky is deemed to be of the highest quality, it is bottled in single cask bottlings that indicate the whisky’s cask number and bottling date. We do not add any artificial coloring to the whisky, nor do we dilute it at the time of bottling. Cornelia Bohn signs off on each bottle as a personal promise of its superb quality and character.

This organic whisky is distinctly fruit forward with hints of wood, but also a has a sweet nose. You‘ll mostly discover aromas such as dried berries, especially barberries, dried banana chips and fresh papaya. Over time there is a development of dark chocolate, buttery, vanilla cream with caramel sauce which slowly changes towards roasted hazelnuts. A second smell reveals a whiff of cold, wooden smoke in the distance.

Here are again dried fruit aromas on the tongue, but they turn out to be more bitter orange and papaya than dried berries. Preussischer Whisky™ Organic Single Malt is spicy, mostly peppery, like the indian long pepper with hints of leather, green wood and dark chocolate once again. There are additional green aromas like fresh hay, green walnut, and even pine tree. The roasted hazelnuts and the cold, wood smoke, which have already contributed to the huge nasal complexity, do their job of creating a multilayered taste. With a few drops of water the whisky becomes surprisingly dry. The woody aromas increase and the peppery, spicy aromas turn towards roasted ginger.

No matter if you have diluted this whisky a bit or not, the finish is quite long and spicy, especially in the very center of the tongue where there is an area of heat which impressively bolsters the power and complexity of this piquant organic whisky.

Precision, efficiency, reliability, and hard work. These are just some characteristics of the Prussians, the namesakes of our whisky and the ancestors of its creator, Cornelia Bohn. The Prussians made names for themselves as rulers who used their military power to build and maintain an empire – but they also placed high value on the arts and education. These characteristics are still present in Prussia’s descendants today and qualities we look for when choosing how to run our business and how to craft our whisky.

Our distillery is located in the Uckermark region of the German countryside, just one hour away from Berlin. Through wars and reunification, the area has retained its natural beauty – clear lakes and streams, open spaces, and wild nature are all characteristic of this region, where farms are scattered between vast nature preserves and tree-lined lanes weave through fields of sunflowers and tobacco. The region’s Prussian heritage lives on in the landscape and its people; the ruins of an eighteenth century palace sit quietly at the edge of a still lake, next door to residents who have persevered over time, slowly building up their own lives with hard work.

Over 160 years ago, our distillery was built here in the village of Schönermark. It operated for 100 years, until Russian soldiers picked it apart, carrying off the last of the copper stills in 1950. Sixty years later, the Preussische Whiskydestillerie renovated the distillery’s horse stables and resumed its long tradition of distilling fine grains. Working closely with the nature and Prussian spirit that surrounds it, the Preussische Whiskydestillerie crafts a distinctive, Organic Single Malt Whisky in small batches using locally-sourced ingredients without the use of chemicals or artificial ingredients.

Single
Malt
Whisky
is
our
passion

Cornelia Bohn is a dedicated whisky-lover, founder of the Preussische Whiskydestillerie, and the distiller of its sole product, the Preussischer Whisky™ Organic Single Malt. She has a lifelong relationship with the Uckermark, the land in which her whisky is made; it is where she was born and continues to live with her family. Her decision to begin making whisky intertwines her personal journey with the history of her country. As a young woman growing up in East Germany, Cornelia Bohn had only a few – but unforgettable – encounters with whisky, which was not available on the open market. When the Berlin Wall fell, she bought her first bottle of whisky with the “welcome money” she received from the government. During the next twenty years, she studied pharmacy, got married, had a daughter, and built a life in the Uckermark. The idea of working with whisky always rested in the back of her mind, maturing alongside the rest of her life. Perhaps it is for this reason that, after years of admiring the abandoned distillery down the road from her house, the idea seemed so natural: she would open her own whisky distillery. Working closely with master distiller Christian Gruel in Stuttgart, she learned the art of distillation, a craft that naturally transferred the skills and working practices she had learned as a pharmacist. In the meantime, she purchased a portion of the old distillery and began renovations. Today, after waiting out the workings of history, the distillery and Cora Bohn produce the distinct Preussischer Whisky™ Organic Single Malt.